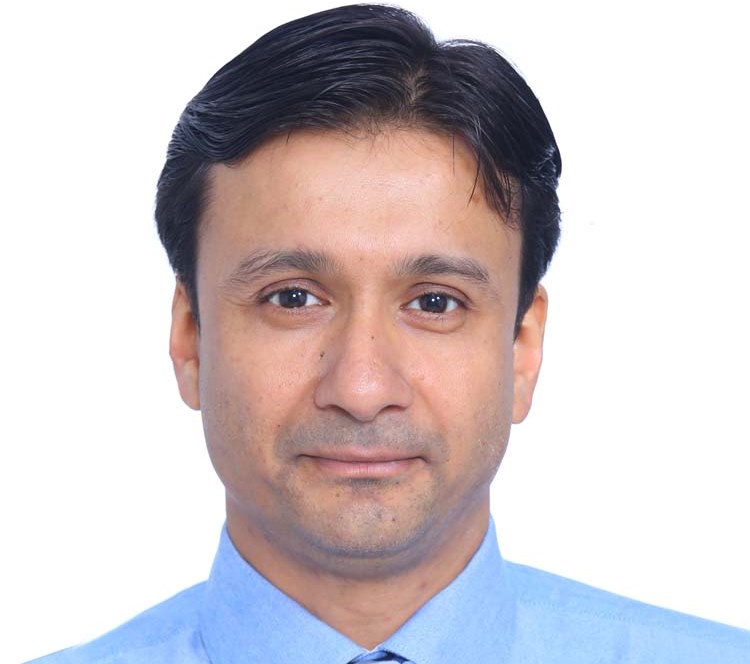 Amol Bhardwaj first heard about the MP from a friend four years ago. At the time, he hardly had any overseas business contacts apart from two German suppliers, though they carried little weight. Bhardwaj’s expectations of the programme were modest: he wanted to meet with both companies in person and to also seek new technology for his medical technology company. Back then, he could never have imagined that the MP would one day bring him a development contract with a German research institute. In an interview with the GIZ, Bhardwaj proudly tells of his successful internationalisation course.

GIZ: Mr Bhardwaj, what exactly does your company do?
Amol Bhardwaj: Medicaid Systems is based in Chandigarh and is run by two families, one of which is my family. We develop, market and manufacture medical equipment – for use in psychiatry, for example, for magnetic neurostimulation during which magnetic fields are used to stimulate or deactivate specific parts of the brain. Neurological disorders such as epilepsy can be treated in this way. Beside psychiatry, we mainly work in the fields of neurology, cardiology and physiology. Medicaid Systems was established in 1987 and currently employs 68 people. I have worked at the company as a project manager since 2000.

How did you find your key business contacts in Germany?
It became clear to me during my time in Germany that I would need to revamp our website if we wanted to win international business. In particular, I improved the search function and optimised the keywords. I then received an inquiry from the Philipps University of Marburg shortly after my return to India. They were looking for someone to develop an electromedical device for the treatment of chronic pain, based on their research findings. I sent them my profile that I had optimised in Germany, as well as my MP certificate. That really helped me to win their trust.

What was the next step?
After I visited Germany in person, we established a business partnership with a Swiss company to manufacture the devices here in India. I selected the location and staff for setting-up the production line. We invested 700,000 US dollars; implementation took one year. With the licence from Marburg for the new technology, I also want to set up a therapy centre for chronic pain sufferers in India and to work with the new eletrotherapy. To date, we have only sold and developed products. It would be an entirely new field of business for us.

What does this mean for the company in figures?
Through development of the new therapy and set-up of the centre, we anticipate growth of up to 300 percent in the coming three years. New technology sells well, even in a country like India that has a low per capita income. We anticipate turnover totalling 7.3 million US dollars in a three-year period for this therapy device. We are also currently negotiating the production of a further device for the university in Marburg that we have already developed on a trial basis. We anticipate 15 million US dollars for this project.

What brilliant results! How in particular has our programme helped you?
I benefitted greatly from the intercultural training. In India, the business philosophy of “We shall overcome whatever the future holds” normally prevails. In contrast, in Germany everything is first considered in great depth and discussed from all angles. An Indian must be extremely patient here (he laughs). I had these differences in business practices in mind during my preliminary contact with companies. It helped me to not get frustrated. Going into such detail was a challenge for me. Now I know to appreciate the advantages of this approach, as when a decision is finally made, everything goes smoothly and in an orderly manner.

Thank you for the interview!