Mongolia is one of the most sparsely populated countries. Half of the approximately three million inhabitants live in rural areas, and the other half live in the capital city of Ulan Bator. The capital city is not only the uncontested economic, cultural and political centre of the country, it is also the centre of the health care system: Many Mongolians have to travel there to get medical services. Especially in the field of urology, there is a country-wide lack of specialists and facilities. Nansalmaa Naidan is therefore planning on converting her private urology centre into a clinic and outpatient centre. She used her participation in  the MP in 2018 to acquire a new medical instrument for her enterprise ADAM Clinic and to promote exchange with institutions in Germany.

“In Mongolia there are only three urology departments and about 50 specialists. That’s not enough for a population of three million”, says Naidan. For 19 years, this committed doctor has been working as an independent urologist. Two years ago, she started to convert her private practice into a centre for men’s health. Her team now consists of six employees. Three doctors, one nurse, one laboratory assistant and a secretary cater for about 30 patients per day. The new centre offers services from a single source. There is an in-house laboratory for running blood tests, for example, so that the results are available on the same day. That benefits the patients. “Many clients are from the countryside. During the waiting period they often stay with relatives or have to pay for a hotel”, explains Naidan. 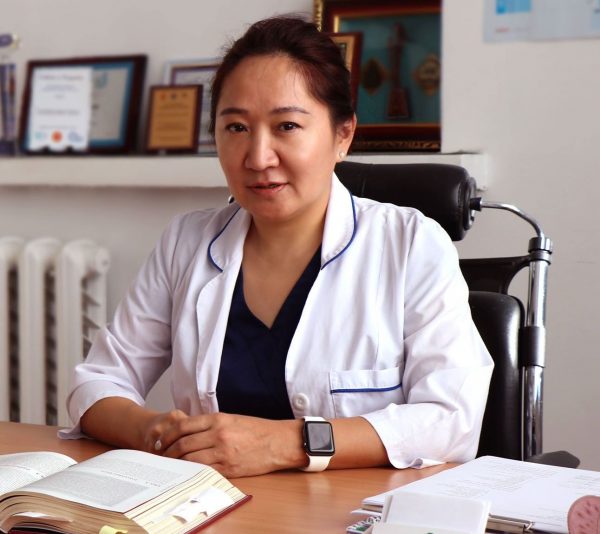 Now Naidan can also offer prostate screening tests. She has purchased an endoscope from a Bavarian enterprise that suplies used medical equipment. “Many patients aren’t diagnosed until the disease has already reached an advanced stage. Then it’s often the case that surgery is the only thing that will help. We can detect diseases in early stages using the endoscope”, says Naidan. The instrument is more expensive than its equivalents , but it is of higher quality. The German firm also offers a 12-month warranty and an 8-year delivery guarantee for spare parts and accessories. And it is on hand with advice and assistance after purchase. The was the decisive argument for Naidan in deciding to purchase it during the MP. “We used to get instrumentsfrom China that had 6-month warranties. If they broke down after that period,  you had no one to turn to”, she remembers.

Expansion of the Centre

Naidan has planned the installation of patient rooms for inpatient treatment and the hiring of three more employees as the next step. Then she can increase the number of patients treated per day to 60. She is financing the expansion with loans from the Japan International Cooperation Agency and the Asian Development Bank. In the long term, Naidan would also like to treat patients from the neighbouring countries of Russia and China at the ADAM Clinic. 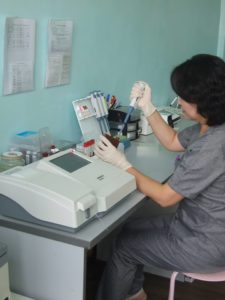 Naidan is a member of the Committee for Andrology and Urology at the Mongolian Ministry of Health and consults the government on men’s health issues. She supports training more urologists, improving care in rural regions and promoting health and preventive health awareness among Mongolian men. In Germany she has met with the Director of the Urology Department at the University Hospital in Essen to share experiences. The director is herself from Mongolia, and she supports Naidan’s efforts. And later this year, a cooperation meeting will be held in Ulan Bator at the ADAM Clinic to discuss possible mutual research projects and the idea of a cooperative German-Mongolian clinic.