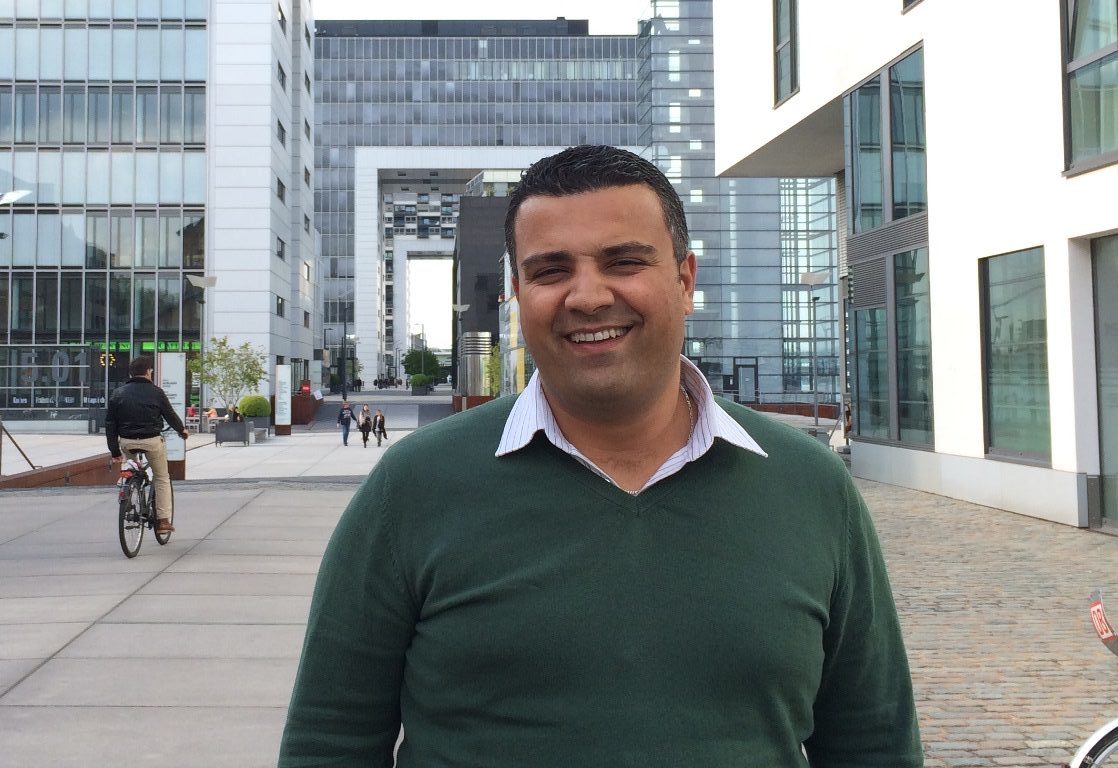 Leith Tlemcani is a biologist. He studied in France and has lived, researched and worked there. Four years ago the 35-year-old microbiologist returned to Tunisia and founded his own company there, thereby entering a sector that is still just emerging in Tunisia. He produces organic oils, herbs and extracts, primarily for the German market. Demand is so great that production could not keep up, so he has recently upgraded and expanded. Now he is also investing in cultivating his own plants. In our interview he discusses his plans and the some of the more important things he learned from the Management Programme he attended in Germany.

GIZ: Mr. Tlemcani, you started out teaching at a university. How did you end up becoming an entrepreneur?
Leith Tlemcani: In France I worked for different biotech companies producing bacteria and biomolecules. But this market is not yet very developed in Tunisia. After returning here I was looking for something natural and ecologically pure. In the course of my research I realised that there is a great diversity of herbs growing in Tunisia. But the processing industry is underdeveloped and the quality is poor. I then purchased my first machines for producing oils and drying herbs, and founded my own company, Herbiotech Aroma S.A. I continued to teach on the side at a private university in Tunis.

You attended the Management Programme in April of this year. What were the most important things you learned while in Germany?
First of all, I was grateful that the Management Programme ich über das MP meine Managementkenntnisse verbessern konnte. I had started off on an academic career before I became a businessman. I made a lot of mistakes at first because I didn’t have the knowledge I needed. For example, I underestimated the importance of good and personal contact to customers, especially in the organic foods industry. We were recently visited by a customer from Germany. I used to wonder why my staff should need to personally meet with the customers. But when they know the people behind the names and who they are producing the goods for, it really helps to motivate them. Quality is very important in my business. I am just now setting up a department for quality management. I recently hired an employee who is working on our Demeter certification. We plan to add one or two employees in the next two months.

What are your current projects?
We have invested €1 million in a new plant to process herbs. It has two lines, the larger of which is from Germany. The head of the company came to personally install it two months ago and production started in October. The greatest challenge we are currently facing is cultivating our own herbs so that we can produce the raw materials we need in future. Up to now we have had to purchase them.

What effect will the investment have on your business?
Herbiotech has mainly produced oil (up to 90 percent) up to this point. The new acquisition will move production more towards organic herbs. In the area of oil there are many other producers to contend with and there is a lot of competition from Spain and Italy. Dried herbs represent an untapped market compared with that. And we can point to a high standard of quality in comparison with Egyptian firms. There is one thing we have noticed: When it comes to organic production, it is quality that matters, not the price. In the long run we would like to invert our production, so that oil takes up only ten percent of what we make. When the plants are running at full capacity we can produced ten times as much as before, and then we can process up to 15 tonnes of herbs per day. 90 percent of our customers are in Germany and they are waiting on us to deliver.