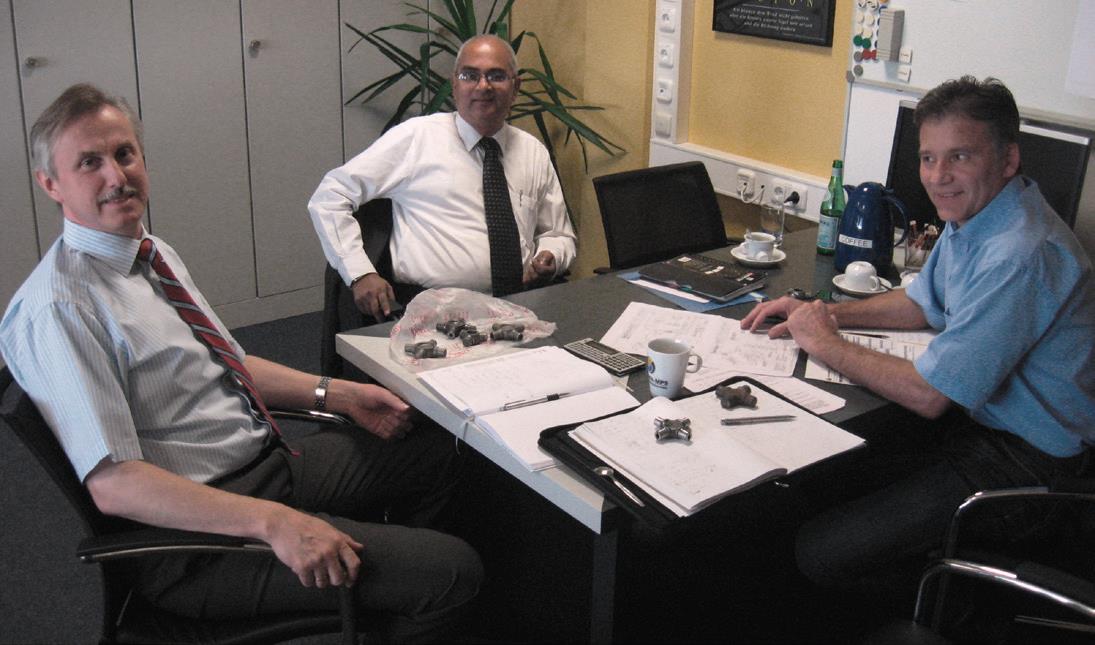 “The programme brought me to Germany. And it continues to draw me back”, reports Ravindra Mahadeokar. He is a mechanical engineer and the managing director and owner of a small medium-sized Indian company that specialises in the production of automation technologies.

Nashik. The 49-year-old entrepreneur’s first contact with Germany was at the end of 2011 when he travelled to Bavaria to attend the MP for a month. Mahadeokar was looking for new technologies for the growing Indian automotive market. And he needed new ideas for how to optimise and develop Summit Engineers and Consultants, the company he founded in 1996.

With the support of the MP, Mahadeokar found a partner in Strama-MPS Maschinenbau GmbH & Co. KG – a supplier for large companies such as BMW and Bosch. This collaboration has allowed him to develop his business very dynamically over the years. Summit is currently Strama’s marketing, service and production partner in India and a joint venture is in the works. His other German customers include plant engineering and construction company 3CON, pump and sprayer manufacturer ZUWA-Zumpe, paint finishing systems manufacturer Sprimag and door systems manufacturer Reko.

“I could have come here on my own initiative. But who would have shown an interest in me and believed in my company?” , Mahadeokar says. He was also not very familiar with German culture, the business environment and the customers. Now he comes to Germany almost every year to meet up with old business clients and acquires new ones, such as most recently at the German-Indian Round Table, a meeting of German and Indian business people, in June 2014.

Summit has enjoyed powerful growth in recent years. Today Mahadeokar employs 55 people, almost double the number from 2011. Since 2012 turnover has increased by 90 per cent every year and was around 1.8 million euros in 2013. “I changed a lot of our business processes. I have authorised some representatives and delegate a lot more. This gives me more time to deal with all the strategically important aspects.” Mahadeokar is currently working on a new business plan to further develop his company, satisfy his international customers, and support continued rapid growth over the long term.